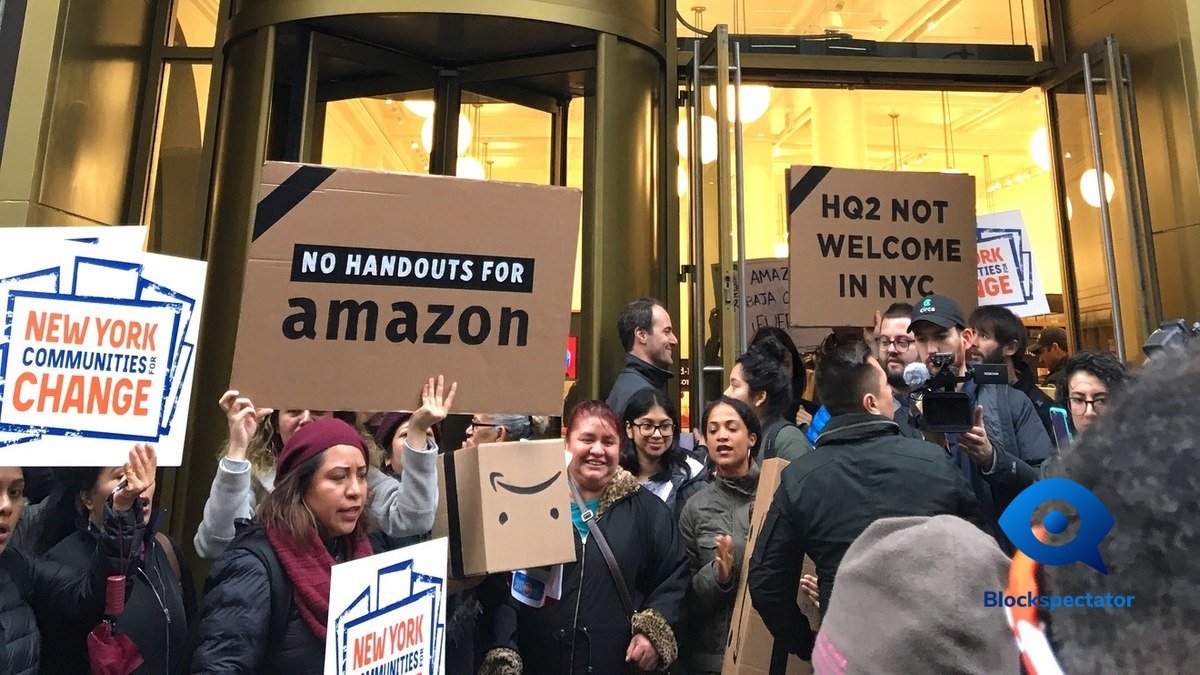 Amazon earlier made the dramatic announcement that their eagerly anticipated new headquarters was now not going to be built in New York City.

The surprise announcement came on the heels of enormous opposition from the state and local politicians.

The decision comes only five months in which New York beat 238 other bids to host the new campus, which initially had thought to have a $2.5billion investment from Amazon, and creating over 25,000 ‘high paying’ jobs in New York and Washington DC over the next couple decades.

NYC city and state leaders had originally agreed to provide approximately $3billion in incentives to have secured the rights to the campus. However, this garnered fierce backlash from many quarters

In a statement, Amazon said:

“Its plans to build a new headquarters required positive, collaborative relationships with state and local elected officials who will be supportive over the long term. Some state and local politicians have made it clear that they oppose our presence and will not work with us to build the type of relationships that are required to go forward with the project we and many others envisioned.

We are disappointed to have reached this conclusion.”

The news will be especially disappointing for Amazon, considering the NYC choice was announced following a 14-month search, which saw several towns and cities across North America to receive the honors for the new HQ.

New York Governor Andrew Cuomi and Mayor Bill DeBlasio campaigned for the project, which according to Amazon would’ve resulted in more than $10billion in new tax revenue for the city.  Polls also indicated that the majority of the New York public was in support of the plan.

However, strong opposition from unions, members of the City Council and other actors such as Rep Alexandria Ocasio-Cortez proved to be an insurmountable block.  The risk of increased rents was also a significant concern.

Amazon supporters accused the critics of being short-sighted and had failed to consider the long-term economic consequences for the city properly.

Governor Cuomo is stating, “The New York Senate has done tremendous damage. They should be held accountable for this lost economic opportunity.”