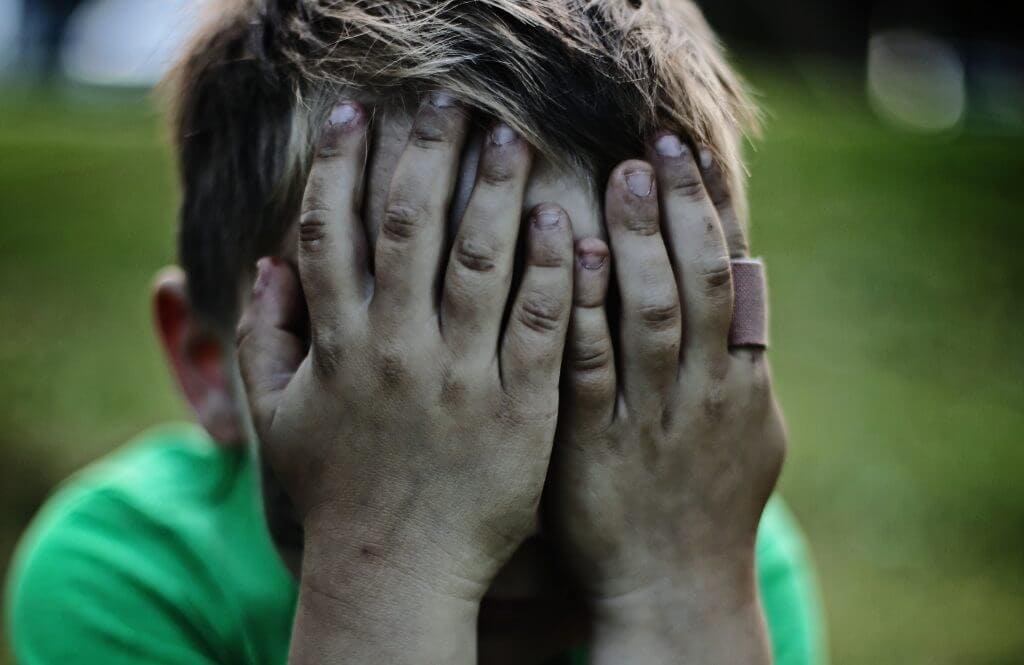 Stocks in the US experienced their worst day in 2019 on Monday as a result of the ongoing trade war. The Dow plunged 760 points as investors became cautious in the wake of the new tariffs affected by President Trump. Among the biggest losers were the tech giants Apple, Amazon, Microsoft, Facebook, and Alphabet, losing a combined total of $162 billion.

The loss comes after a previous $66 billion drop on Friday which brings the total loss to over $220 billion in just two days. However, as tech stocks experienced a bad day, Bitcoin went up by 8% to continue its phenomenal year.

As the trade war between the United States and China escalates, investors have to be prepared for anything. China is a major manufacturing hub that most U.S companies depend on. Among the big five companies, Apple is likely to suffer most during the trade war because of its dependence on China for the manufacture and assembly of their key products, its 5.2% dip confirms this. 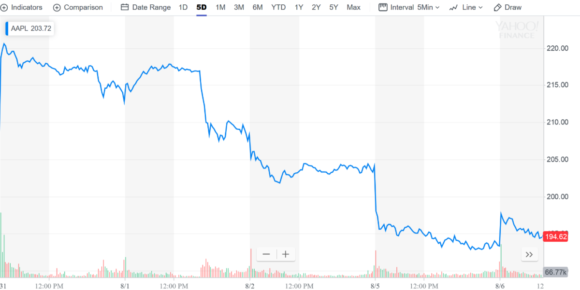 Other tech companies such as Facebook and Alphabet also experienced losses as they have minimal ties to the Chinese market.

The big five tech companies are seen as the most valuable companies in the U.S stock market. Nonetheless, they are not immune to dominant external market factors, as seen during the past two trading days. The dip in performance of the U.S stock market may have been a gift for the cryptocurrency industry. 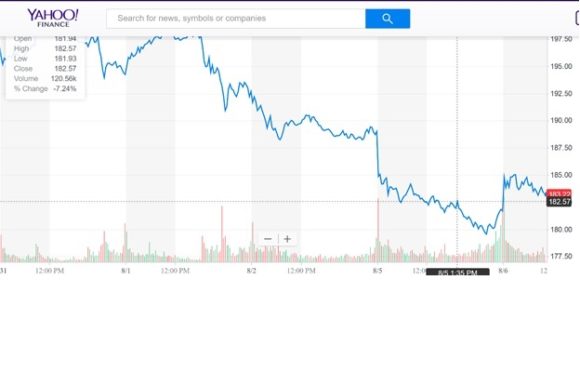 The chart above shows the crash Facebook experienced leading up to Friday and further even on Monday.

Investors are always busy looking for assets that will give them the best ROI. It seems, over the two-day trading period, that the asset may have just been Bitcoin.

Unfavorable trading conditions in the U.S stock market may result in more demand for cryptocurrencies, especially Bitcoin. With President Trump unlikely to change his mind on the trade tariffs he imposed, the trade war may continue well into 2020. The tech giants may be forced to follow national directives to avoid hefty fines. This may push product prices such as those of the iPhone even higher, which will negatively affect Apple’s sales and revenue.

Bitcoin is arguably unaffected in all this and maybe a fallback plan for many investors as the trade war continues. 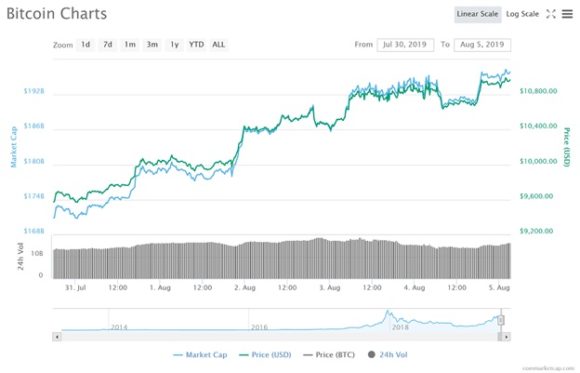 As U.S stocks went down on 2 Aug, Bitcoin prices were climbing even higher. The same trend is observed on 5 Aug as well.

With the hard stance taken by both the U.S and China, the trade war may continue longer than anticipated by investors. Bitcoin appears to be a safer option for investors as it has been phenomenal this year, bouncing back from the crypto winter and hitting a yearly high of approximately $12,000.

Further, many are feeling bullish about the future success of Bitcoin. Different crypto analysts have given their predictions, and opinion about the price of Bitcoin, and most have been extremely positive. Current and future prevailing factors all point to a higher price for the cryptocurrency in the coming months.