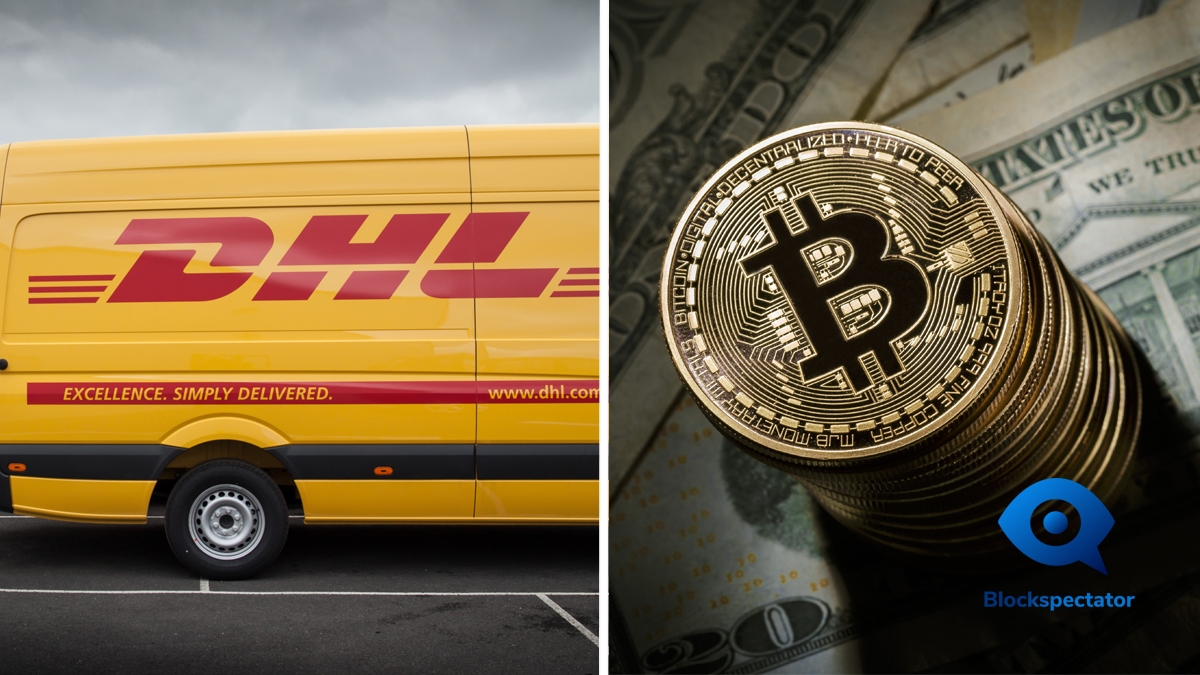 Blockspectator was shown the YellowWallet by a DHL Employee who was given access to the wallet, upon internal testing for employees only. DHL’s YellowWallet supports both Bitcoin Core and Bitcoin Lightning Network transactions, and Blockspectator managed to receive a preview of the current beta software, which is only available to select DHL Employees at this time.

Below are screenshots of the YellowWallet App Description and wallet screens inside the DHL Employee App Store:

As you can see in the screenshots above, DHL is testing its involvement with Bitcoin and the Bitcoin Lightning Network, educating users inside the YellowWallet that the “Lightning wallet should be used for daily transactions. Fees are unfairly cheap, and speed is blazing fast. To start using it, tap on “manage funds” and top up your balance.”

Along with the screenshots of the app, the DHL employee was also able to record a video of the app in use.

We can see from the video the wallet’s features and the Bitcoin & Bitcoin Lightning Network send and receive capabilities in the app.

The DHL Employee who shared this information with us has chosen to remain anonymous, as the YellowWallet has not been publicly acknowledged or promoted by DHL yet.

Although we could not confirm if DHL had plans to start accepting Bitcoin payments anytime soon, it’s clear they are most likely preparing for it in the future based on the development of this application.

Understanding the impact blockchain holds in the logistics industry, DHL partnered with Accenture to research on the potential improvements resulting from blockchain implementation. They came up with a detailed report of the possible use cases that could be applied in the industry to change the long-standing “trust” principles that the market was accustomed to. Details on the report can be found here.

YellowWallet is likely the first implementation of many to come. Its providence of cheaper and more efficient payment options is a testament to the changes blockchain set to bring globally in the world of logistics.

One of the critical areas cited by blockchain enthusiasts as potential benefactors of the new “internet” was logistics. The logistics industry performs reasonably well; however, blockchain proved that it could be better, especially in the wake of modern technology.

According to DHL, improving visibility in the logistics industry, which includes the supply and delivery of products, could quickly increase global trade, global GDP, and revenue across all participants.

Through smart contracts, these current issues can be cleared up more efficiently. Smart contracts can be used as unique identifiers, which makes it easier for processing, verification and parcel confirmation as it passes down the supply chain.

Another crucial advantage is security. With blockchain, it is harder for products to be tampered with. Details released by the supplier are securely transferred to the client who can confirm the nature of the product once it arrives. Therefore, blockchain greatly improves the security of products.

These qualities prompted DHL to research the application of blockchain in their day to day activities as they sought to improve their parcel delivery services worldwide. Yellow Wallet is the first of their product. More will likely be added depending on the success of the Yellow Wallet.