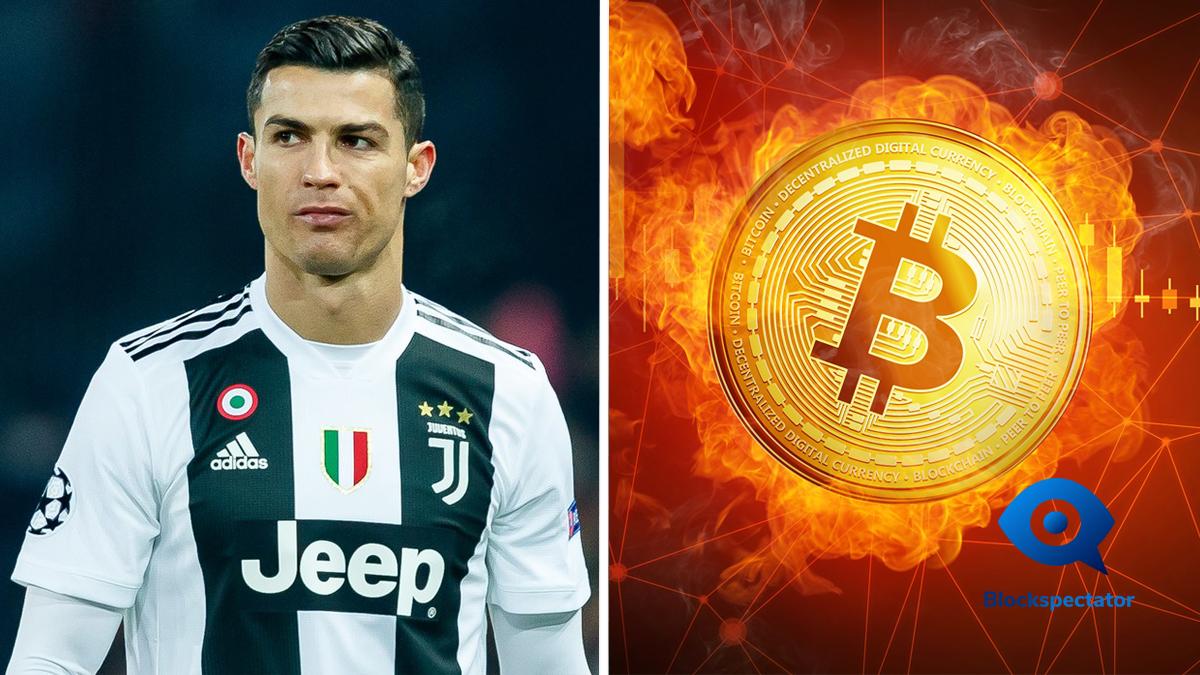 “Stories” are emerging on the web of an apparent endorsement by Cristiano Ronaldo, the 5-time Ballon d’Or winner. The Mirror reports, some fake news agencies are claiming that the endorsement by Ronaldo occurred during his interview with Jonathan Ross. The ruse comes complete with photos to ascertain its “authenticity” further. Considering Cristiano Ronaldo’s status as a beloved footballer globally, this would be big news. However, a closer look at the links provided and the pictures prove otherwise.

Why Celebrity Endorsements Are Highly Sought

Any service or product touched by celebrities is likely to gain more following. Their status globally is the reasons why companies pay hefty sums having celebrities endorse their products. According to Go Banking Rates, celebrities are paid even upwards of $1 million to support specific products.

Now, for cryptocurrency, an endorsement by any notable celebrity significantly increases the authenticity of the cryptocurrency endorsed. This dramatically improves market response. Many crypto companies are aware of this; thus, they sometimes approach celebrities to endorse their products and services.

Further, considering the competitive nature of the cryptocurrency industry, individual companies would benefit greatly from even a mention by a celebrity. Now, this comes at a hefty price as aforementioned. It would not be feasible for a startup to spend such monies to get endorsed, keeping in mind that some celebrity endorsements fail.

Are All Celebrity Endorsements Positive?

Some celebrities are genuinely into cryptocurrency and are vocal about their involvement. For companies mentioned by these celebrities, they receive free advertisement and even use the quotes from these celebrities to promote their products and services.

According to Business Insider, Johnny Depp, Snoop Dog, and Ashton Kutcher are all involved in cryptocurrency. The Verge also reported that 50 Cent made over $8 million accidentally through cryptocurrency, specifically Bitcoin. The status of these individuals helped increase awareness of cryptocurrencies worldwide.

Celebrity endorsements came with their fair share of drama. Many celebrities found themselves in a tight spot after endorsing some very questionable cryptocurrencies.

Firstly, Floyd Mayweather and DJ Khaled were reported by the BBC as two celebrities who were fined a total of $750,000 after the SEC ruled that they failed to declare income from a cryptocurrency they were promoting. In a report by CNBC, the Mayweather backed ICO was reported as fraudulent. The two celebrities neither agreed to nor denied the charges but were willing to pay the fine imposed by the SEC.

According to Finder, the endorsements by John McAfee were very interesting. The main highlight of McAfee’s endorsement was the price tag he was giving companies. For $105,000, he would post a tweet endorsing a crypto related company. The price is outrageous on its own, but given his recent behavior, the price becomes astronomical.

Celebrities are people who have bills that have to be paid. Engaging in endorsements is part of their revenue generation. Thus, that involving themselves with cryptocurrencies is not a crime. However, celebrities must assess the product they are promoting as the cryptocurrency industry has its fair share of rogue elements.

The status celebrities such as Cristiano Ronaldo hold is enough to sway the public into products and services they endorse. It is, therefore, important that celebrity endorsements are verified by reliable news sources, especially in the wake of fake news.