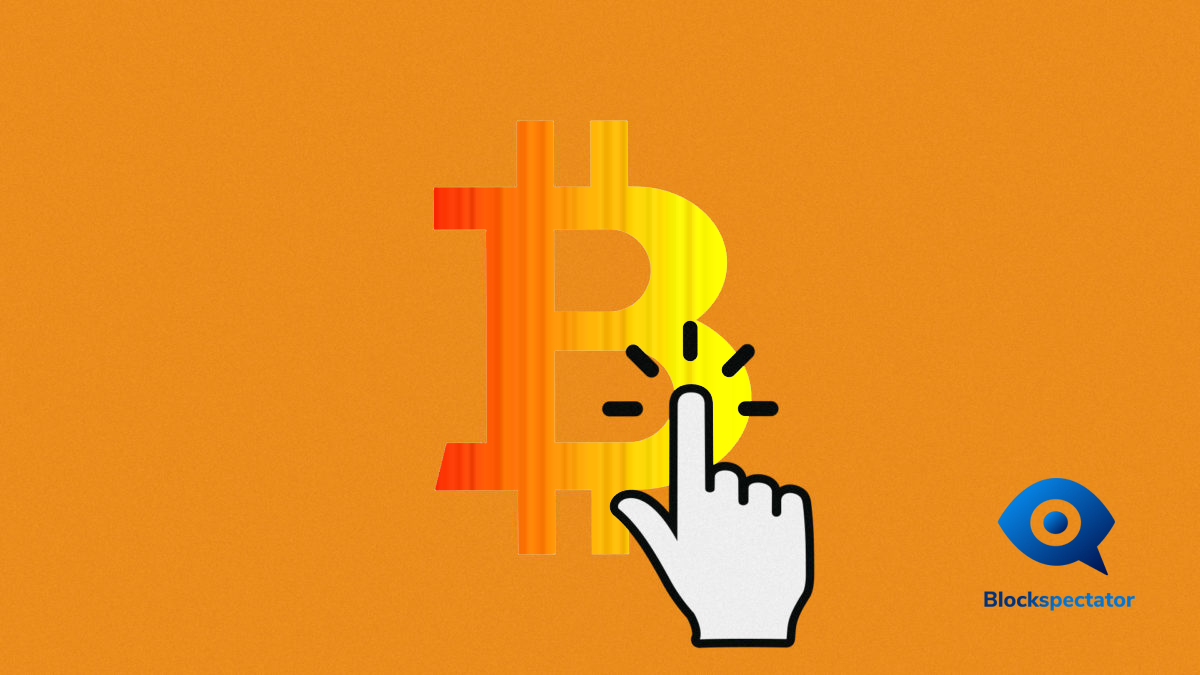 During its initial parabolic rise, the correlation between BTC prices and BTC searches on Google was explicit. These variables were almost in perfect synchrony. 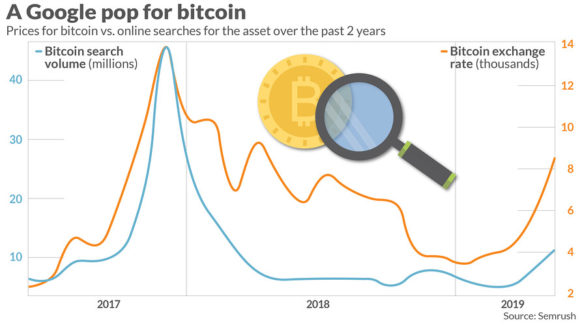 In the second half of 2017, BTC searches grew exponentially as did the price. The two variables would go on to continue with the trend until the bear market set in as recorded by MarketWatch.

The trends observed were expected. As commodity increases in value, it is likely to attract investors globally. Further, the rise in value also attracted skeptics of Bitcoin, and there were many at the time.

BTC record searches were seen during the 2017 BTC high which also saw Bitcoin hit its all-time high of just below $20,000. In recent weeks, searches for the cryptocurrency have increased significantly, though not to the levels they were in 2017.

After BTC broke past the $10,000 mark, reports of increased BTC searches emerged online. It was clear that the cause of the rise was Bitcoin’s resurgence in the exclusive 5-figure club.

A noticeable bump can be seen in ‘Bitcoin’ searches | Source: Google Trends

The peak observed correlates with BTC breaking the $10,000 mark.

The last time such statistics were observed, BTC was over $10,000, and that was over 12 months ago.

Since the last time BTC hit such highs, a lot has changed in the cryptocurrency industry. Firstly, more people are aware of how the industry works. Secondly, there isn’t that much energy for BTC compared to the 2017 rise.

By now, almost everyone connected to the internet has heard of cryptocurrencies and more specifically, Bitcoin.

As noted by one crypto community member on Twitter, crypto exchanges retained their numbers despite the small shift in BTC interest. However, one user pointed out that some significant exchanges received a small bump in interest.

Is The Retail Mania About To Begin?

From the search statistics, it seems as though the market is maturing. Initially, traders joined crypto trading because of the unrealistic profits some achieved during the 2017 crypto high. However, once the bear market, only true crypto enthusiasts remained.

The market may be adjusting with consistent traders remaining faithful to the industry while few new traders join the market. From the spike in interest observed once BTC passed $10,000, only a small fraction of that population may be retained going forward if BTC is to maintain its value above $10,000.

The recent price adjustment may affect the increase in interest of BTC, which is expected based on previous trends. Nonetheless, growth in interest for the cryptocurrency is still scheduled, though gradually, as more companies enter the blockchain and cryptocurrency industry notably as Bitcoin established itself as the gateway to mainstream cryptocurrency trading.