Kyber Network (KNC) Continues Parabolic Rise: Could it be a $500 Million Crypto Asset by 2021? 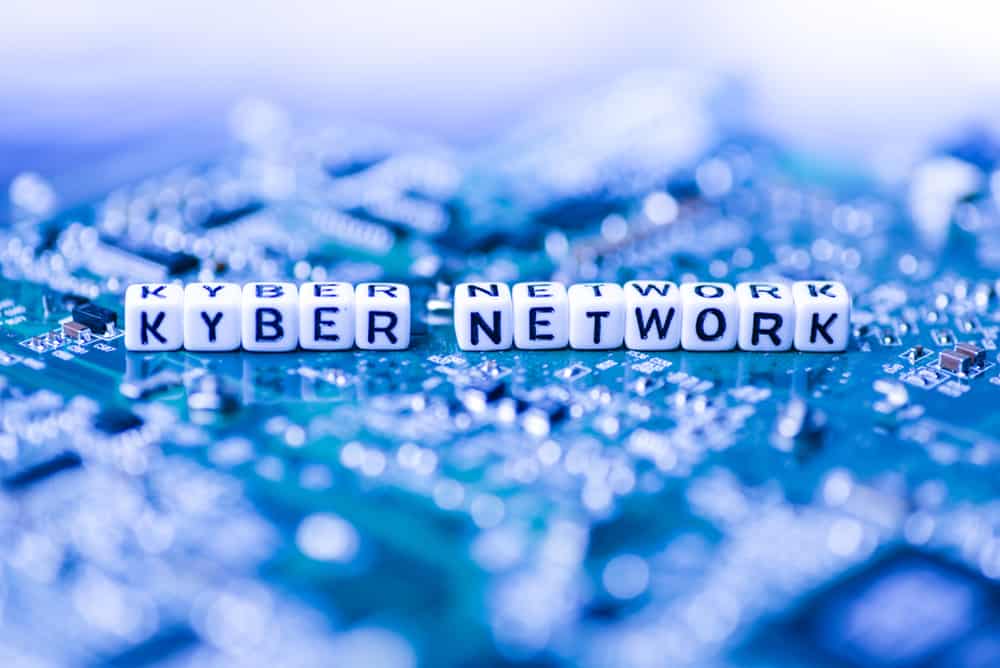 Following its announcement on Feb 27 concerning its Coinbase listing, it is expected that the market cap of Kyber Network (KNC) will rise. Twitter user Arthur expects the rise to hit $500 million by the end of this year.

The past month has seen the cryptocurrency rise at a very encouraging rate. 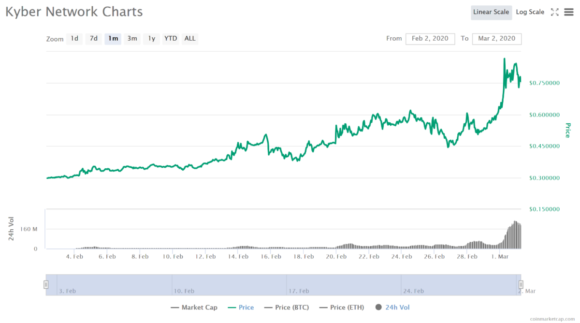 After a dormant period (towards the end of 2019), the cryptocurrency finally started its upward trend. Its announcements for the plans it had in 2020 probably fueled the growth that is currently being witnessed.

Central to its rise is arguably the Coinbase listing. Coinbase provides a platform where the cryptocurrency can easily penetrate markets globally. By opening new markets for the cryptocurrency, traders expect that its demand will rise, especially in a well-known trading platform such as Coinbase.

The market could also be breaking out from the accumulation phase. Trading was within a narrow range for the second half of 2019, leading up to 2020. Most traders likely accumulated during this phase and the accumulation may finally be paying off as the cryptocurrency tests higher price levels.

Further, staking is expected to go live in the Kyber Network ecosystem later this year. This also influenced the accumulation phase that has previously been observed. It may have also fueled the price rise observed at the beginning of Feb as more traders started seeking the cryptocurrency for accumulation. This was further fueled by the Coinbase announcement.

With its increasing presence in the decentralized exchange ecosystem, Kyber Networks is cementing its place and may soon be a cryptocurrency force to be reckoned with.