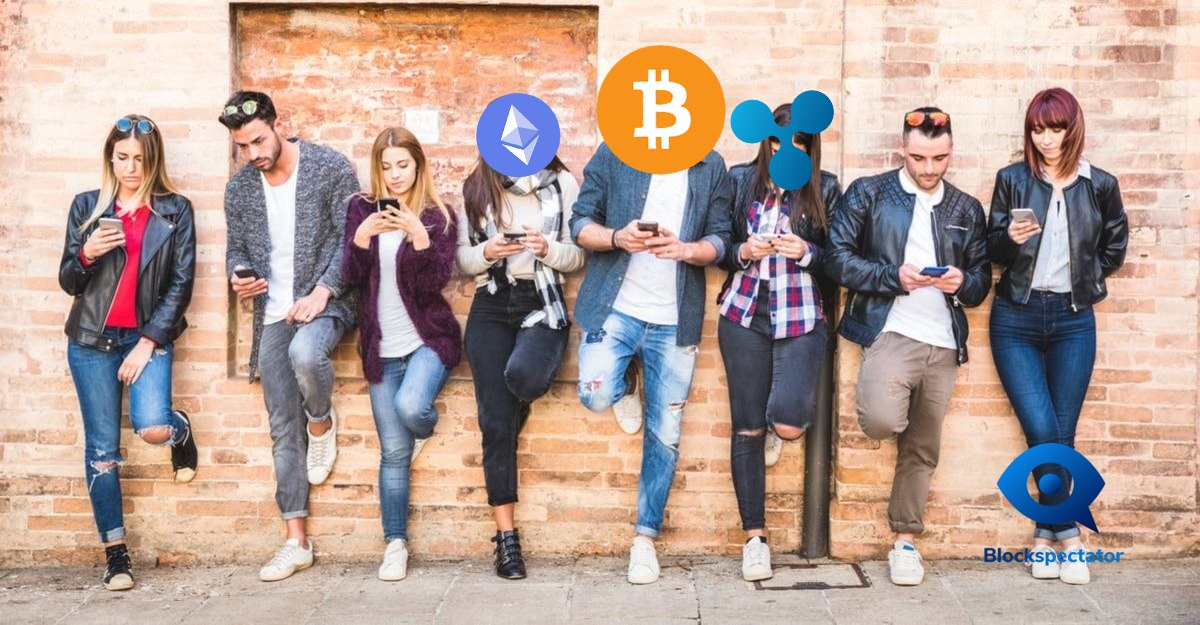 A recently released survey by online social trading platform, eToro has shown how millennials are now starting to have much more belief in Bitcoin over traditional finance. The survey revealed that over 40% of online traders who consider themselves millennials are much more bullish in the crypto markets as compared to more traditional stock markets.

Over 70% of millennials surveyed admitted that they would prefer to invest in crypto if the choice was offered by traditional financial institutions.

Surprisingly the majority of responses claimed to have more trust in cryptocurrency exchanges than the US stock markets- this despite the host of issues plaguing many crypto exchanges such as manipulation, hacks and security issues.

“We see the beginning of a generational shift in trust from traditional stock exchanges to crypto exchanges. At the heart of this change are the asset classes themselves. Younger investors’ experience with the stock market has seen a great deal of loss of trust, with the fall of Lehman Brothers because of irresponsible practices followed by the worst recession since the Great Depression.”

What seems appealing to millennials is that they are attracted by several aspects of Bitcoin’s architecture such as its decentralized nature, the immutability and that it’s also trustless. These features would be very effective of course were they to be used against bad individuals in the traditional finance space in regards to corruption and other nefarious malpractices.

“Immutability is native to blockchains, and that makes real-time audit to be sensible and cost-effective, and that is why Millennials and Gen X perceive crypto exchanges as less likely to be subject to manipulation and less likely to be a place where bad actors get rewarded with taxpayer money. As more investors become educated on the benefits of blockchain, we’ll continue to see this trend play out.”

The main takeaway from this survey is that millennials and younger investors would happily invest in crypto assets if the chance arose via traditional financial institutions, perhaps due to the safety of trading on a regulated platform.