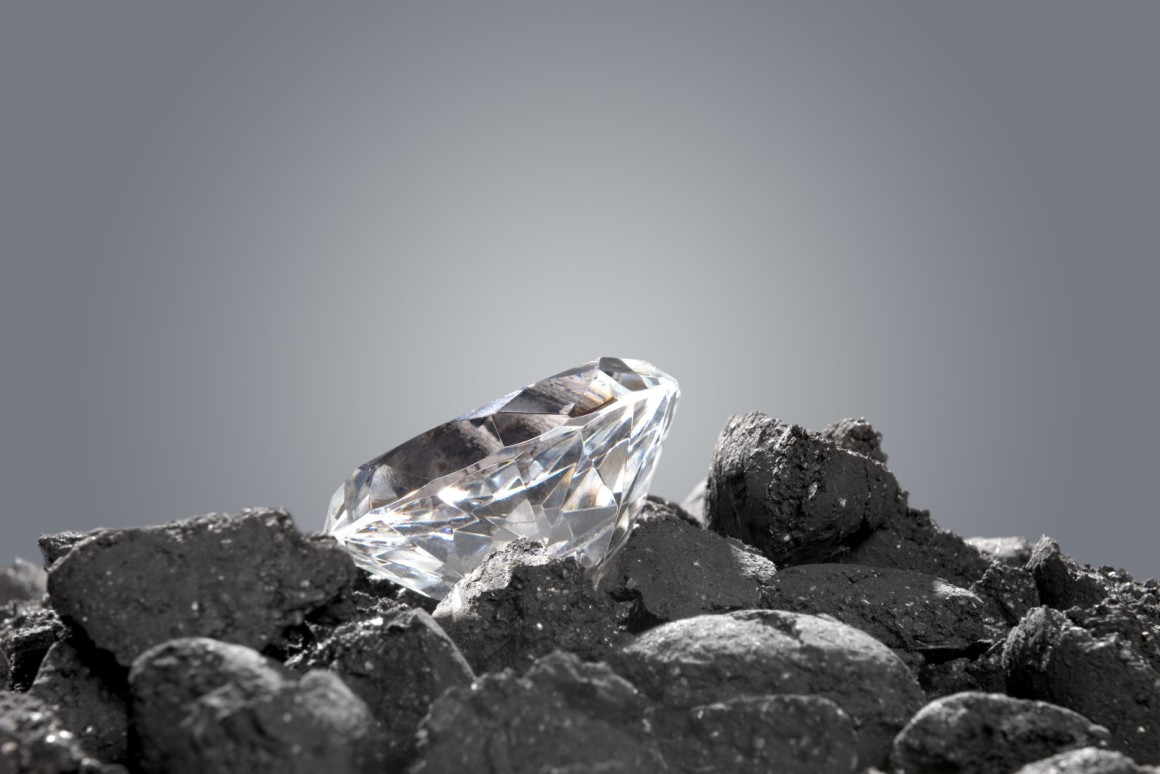 In the course of 2019, the INSTAR blockchain has performed consistently well as compared to other blockchain applications. The privacy-focused platform earned its Block’tivity ranking by its consistency and the ability to continually engage its users. Its performance bears witness to the immersive features offered by the platform.

The INSTAR blockchain’s native token, INSTAR, has been used for more daily transactions than Litecoin (LTC), Dogecoin (DOGE), and Dash (DASH) – combined. It’s even ranked ahead of other heavyweight names such as Monero (XMR) and Bitcoin Cash (BCH).

Blocktivity uses its unique activity matrix to rank blockchain projects on their list. The platform eliminates the influence of FUD and hype by basing their ranking on the usage of the platform by their users. This gives a clearer picture of the platform’s popularity. 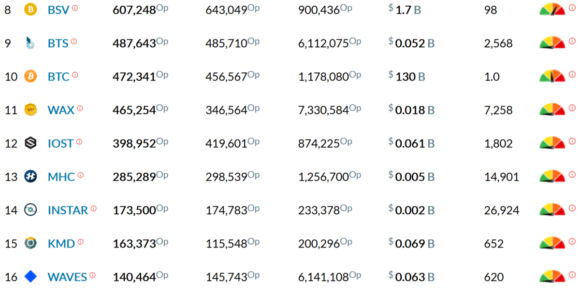 Instars has continuously ranked in the top 15 categories of the activity matrix this year. The platform peaked at position nine earlier in the year ranking above well-renowned industry names such as Dash, Nano, and Litecoin.

As the year ends, Instars will seemingly close in the top 15 of Blocktivity’s list, thus ending 2019 on a high note.

The platform introduced new features in 2019 that are focused on blockchain adoption. Receipt capture is arguably the best feature introduced by the platform this year.

Through receipt capture, users can earn cryptocurrency by simply living their lives.

The feature rewards users for the purchases they make throughout the day. Various categories are accepted by Instars, including travel, groceries, and food. Almost any purchase made by an Instars user can be uploaded and users get their reward if the upload meets the requirements set. 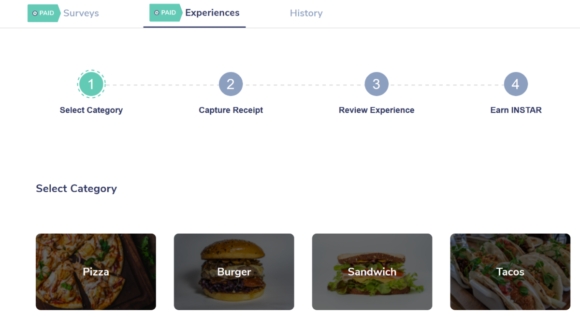 The ‘Receipt Capture’ feature allows users to get paid for their food reviews | Source: instars.com

Receipt capture limits upload to 3 per user per day. The rewards are given within 24 hours of uploading the receipt.

The receipts must bear a time stamp showing that the purchase was made within 24 hours before the upload.

The feature is an excellent way of attracting new users to the blockchain ecosystem. It works primarily for those who want to earn cryptocurrency without using fiat.

The other great feature on the platform is “Create Survey.” It is an essential tool for the platform as well as its users. It embodies what the platform stands for.

Because of the need for data and privacy, Instars was developed. It meets these demands by providing data to data seekers without infringing on the privacy of their users.

Through “Create Survey,” users of the platform can create polls or surveys that can be tailor-made for their respective target groups. The data is collected from KYC-verified users within the platform.

A Combination to Encourage Real-World Adoption

Apart from the adoption-centered features, Instars has a host of other exciting features that its users love.

Users can earn cryptocurrency by participating in surveys and polls. These are the results of the “Create Survey” feature on Instars with the target groups earning cryptocurrency for filling out the surveys based on the requirements of the surveyor.

Learning Labs is another creative feature on the platform which allows users to earn cryptocurrency while learning about the blockchain ecosystem. The courses are separated into a series of videos. Once completed, users receive cryptocurrency.

The feature is also crucial in keeping new users on the platform. The interesting lessons give users a chance to learn and understand the blockchain ecosystem which will likely translate to users developing more interest in the technology.

Instars also display the price of popular cryptocurrencies on the user dashboard. The feature is essential for professional traders or those who are seeking to expand their cryptocurrency portfolio.

Instars can be accessed from any modern device. The platform has an android application which can be downloaded directly from Google Play Store. 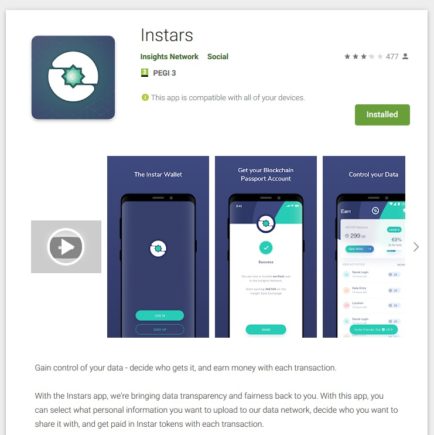 It can also be accessed from popular web browsers such as Safari or Chrome.

All these features come together to ensure that Instars’ performance remains top-notch while also focusing on providing real-world solutions.