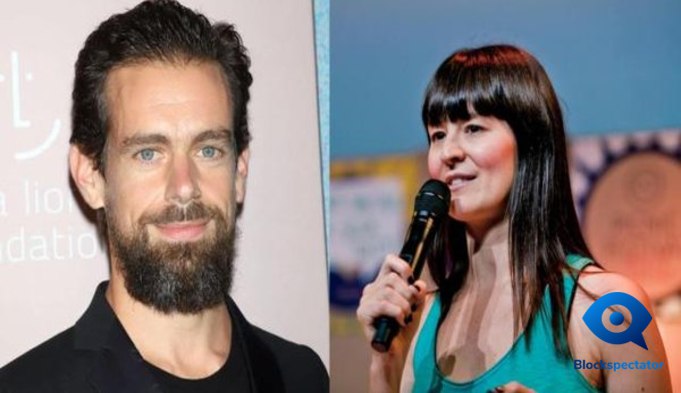 Twitter CEO has been quite the ambassador for Bitcoin lately and he along with Lightning Labs CEO, Elizabeth Stark, continues his encouragement of the coin and cryptocurrency in general by making an appearance on the Stephan Livera podcast.

Livera is a very well-known Bitcoin podcaster operating via his website and is known to have various high-profile names from the blockchain and cryptocurrency industries, appearing on his shows with their opinions on the subject matter.

Jack Dorsey most recently appeared on the Joe Rogan podcast, not too many days ago. In the show, he predicted Bitcoin as being the ‘currency’ of the internet in the foreseeable future. He has been very vocal in his support of cryptocurrencies and his popular ‘Cash App’ has merchant support for Bitcoin payments.

Elizabeth Stark is the Stanford and Yale-educated CEO and Co-founder of Lightning Labs- an open protocol layer that leverages the power of blockchains and smart contracts to make cheap, fast, private transactions available to anyone around the world.

Throughout the podcast, both personalities cover a wide variety of topics, including:

However, the most definitive takeaway from the great podcast was that Dorset, more or less confirmed that his Cash App is very likely to feature Bitcoin’s Lightning Network very soon. Dorset stated:

“We would love to make [Bitcoin] as fast and efficient and transactional as possible, and that includes looking at our seller base and register…It’s not an ‘if;’ it’s more of a ‘when’ – how do we make sure that we’re getting the speed that we need and the efficiency?”

Stark also commented on how the future of the internet is more likely to be built around the privacy of data and making sure that individual’s data will be much more protected through the next-layer of Bitcoin developments. Specifically saying:

“We are at the start of what could be the means to change large parts of the monetization of the web.”