Warning! Bitcoin Could Be Preparing For A Brutal Correction 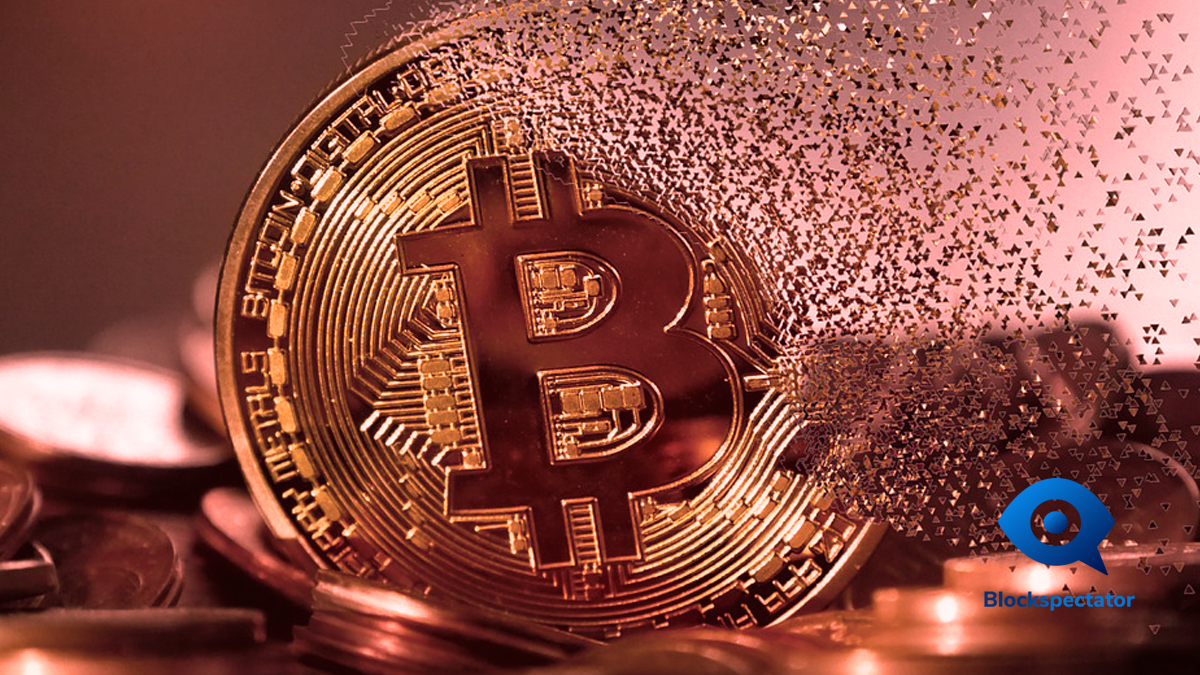 The latest charts circulating the crypto community are indicating an upcoming downward trend.

Bitcoin prices may face an uphill task in the coming months as the price correction takes place.

Investors may have to strategize on how they’ll face a possible drop in price.

However, there is hope, through chart indications, that Bitcoin will bounce back once it hits its predicted lowest point.

Taking a closer look at Bitcoin on the daily chart shows BTC has been making lower highs for period now and is now taking shape in a descending triangle pattern. This often precedes failure by the bulls to keep buying pressure, and a violent breakout is likely to take place. 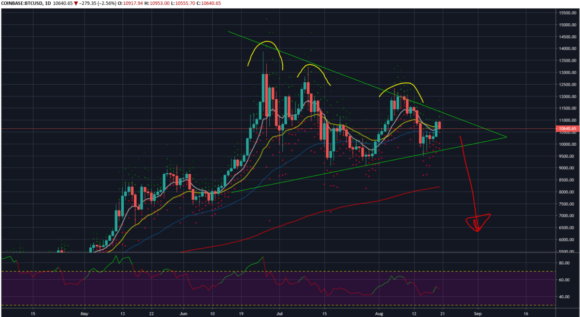 Bitcoin has made lower highs and is setting up a descending triangle formation | Source: TradingView

According to Twitter user BenjaminBlunts, whichever pattern the triangles follow, the possible outcome is a downward trend on BTC. The bear market may soon resume.

pretty clear running triangle has formed on $BTC, so either this is a complete abc now where we resume downtrend or this abc is part of a wxy in a larger triangle forming on daily.

either way, we know a triangle can not be a wave 2 and the lack of impulsive structure is bearish pic.twitter.com/vwbaWuE5yp

This bearish sentiment is further emphasized by another trader, The Secret Trader, who believes the bear market will begin once Bitcoin falls below $9,150.

When the short term support breaks (blue line) a downtrend will occur but the question is will it break mid term support (green line) at 9150?

The blue line represents the support Bitcoin is currently experiencing. This may be what’s preventing the start of the price correction.

Bitcoin is still above the $10,000 mark, which may be a sigh of relief for many crypto investors.

However, Bitcoin can, at times, be very volatile. Its price correction may go down as fast as Bitcoin’s price grew in July.

If The Secret Trader’s prediction is to hold, then the possible end to the predicted bear market will come in 2020. The chart shows Bitcoin bouncing back once it gets to $4,150.

Despite the downward predictions, Bitcoin may still achieve it’s all-time high in the coming years.

An assessment of Bitcoin’s latest trends reveals that it may indeed be time for the altcoins to flourish in the crypto market.

According to Trader Escobar, the possible drop in Bitcoin price may encourage the market to purchase more altcoins.

This would be the ideal situation as investors prepare for the next bull run that will break the all-time high, as stated by several analysts.

The markets are getting more interesting by the day as traders factor in more variables into their planned investments.

One thing, however, remains evident in the predictions; people are anticipating a new all-time high in the coming months, or a worst-case scenario, years.