Why Bitcoin Could Massively Benefit From The Pesos’ Collapse 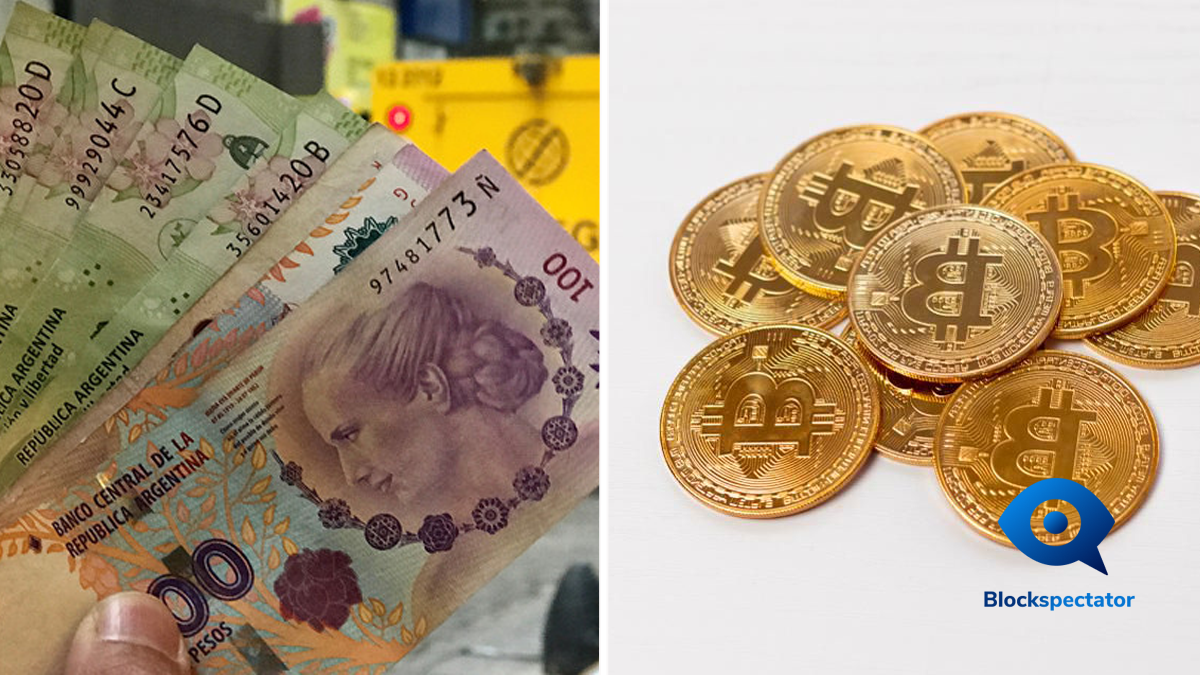 In what could be an unexpected turn of events, Bitcoin could be the unlikely hero of Argentina. The country recently held its presidential election primaries, and from the results, it is likely that the incumbent, Mauricio Macri, may lose the election. Analysts predict that Argentina’s economy would suffer from a Fernández win, Macri’s main competitor.

While political and economic situations continue to shape the future of Argentina, Bitcoin may be the short, and possibly, long term savior of the predicted harsh economic times.

The incumbent is seen by foreign investors and the world market as the best fit for Argentina’s economy. He recently made a deal with the IMF that saw Argentina receive a $56 billion bailout. Mauricio’s short-term policies have helped Argentina navigate through its financial woes. However, long-term solutions are required if the economy is to stop its current recession.

The political team-up between Argentina’s former president, Fernández de Kirchner, and Center-left populist Alberto Fernandez is causing much trouble in the Argentinian economy. Their win in the primaries led to the sharp fall (22%) of the Argentinian Pesos. With the primaries acting as an indicator of the possible winner in the final election, investors are preparing for the harsh reality that a Fernández-Fernández win is a real possibility. 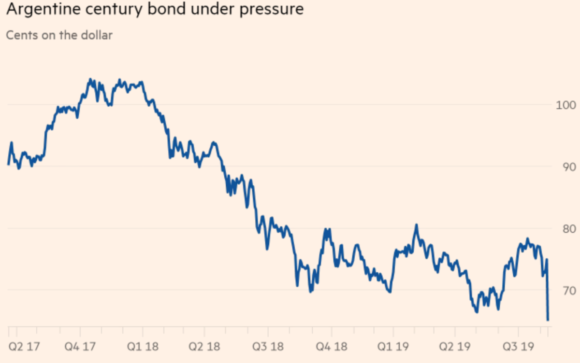 A graph showing the decline in Argentine’s century bond performance against the dollar | Source: Financial Times

Part of the issue with a Fernández-Fernández win is the possibility that the IMF bailout terms may have to be renegotiated. Considering the financial situation of Argentina during the “Kirchnerism” many fear that the progress Argentina has made so far would quickly mean nothing.

Could Bitcoin Be The Answer?

In the event of a Fernández win, the Argentinian Pesos may continue to weaken even further. Monetary policies similar to what was experienced until 2015, during Ms. Fernandez reign, are likely to be reintroduced, which may not sit well with investors from the international market.

Bitcoin may come as a possible solution to some of the economic problems Argentina is facing. Its ability to act as a store of value can prevent expected future losses regardless of the election outcome. The country may opt to purchase Bitcoin while its currency is stable in anticipation for periods when its currency may be weak. This would avert further damage to an already fragile economy.

Further, the country may benefit from the predicted Bitcoin gains by Goldman Sachs. Bitcoin is on a healthy bull run that may last well into 2020 based on various predictions and analysis. By storing its value in Bitcoin, Argentina may end up generating revenue while preserving the value their currency holds at the moment; thus, Argentina would have found an unlikely savior in Bitcoin.

The primary elections are yet to be done. After the outcome, Argentina will have a very short time to come to terms with the result.