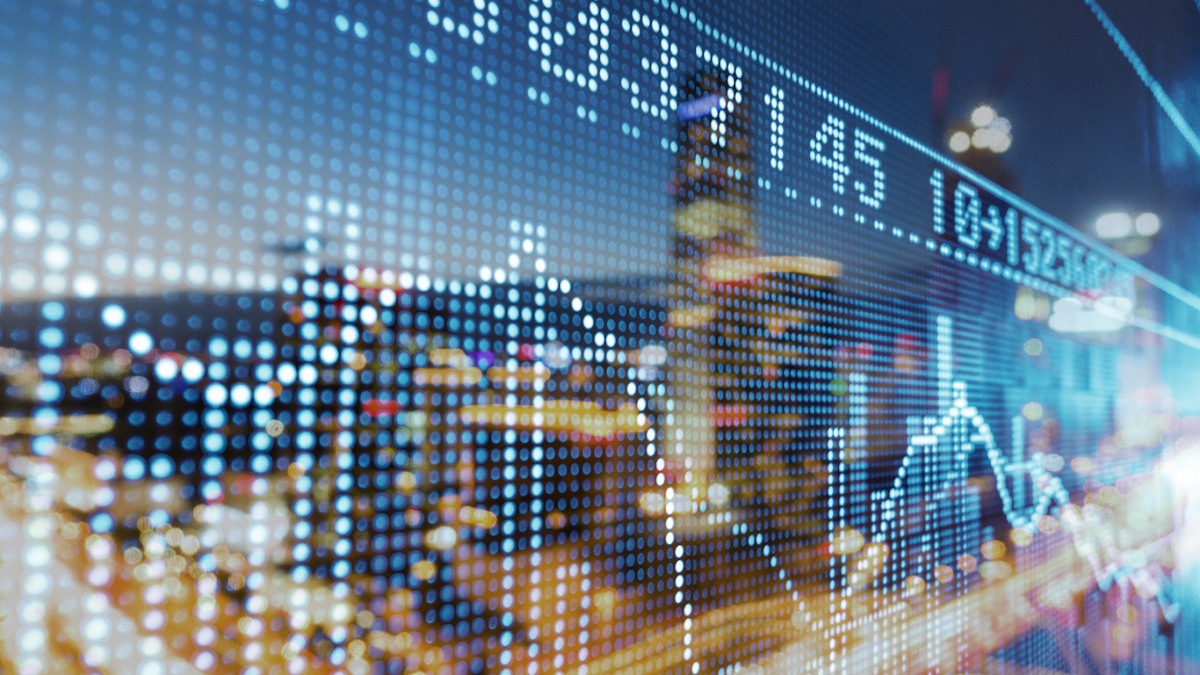 The S&P just hit an ALL TIME HIGH. This is a big win for jobs, 401-K’s, and, frankly, EVERYONE! Our Country is doing great. Even killed long sought ISIS murderer, Al-Baghdadi. We are stronger than ever before, with GREAT upward potential. Enjoy!

The SPX deserves all the praise it is getting for its impressive performance. Similarly, Bitcoin also deserves some applause for the positive movement seen this past week. The cryptocurrency shot past $9,500, exciting the market in the process.

Now, it could be a coincidence that both assets went up in the same week, but is it possible that there is a correlation between the price movements of these two assets? 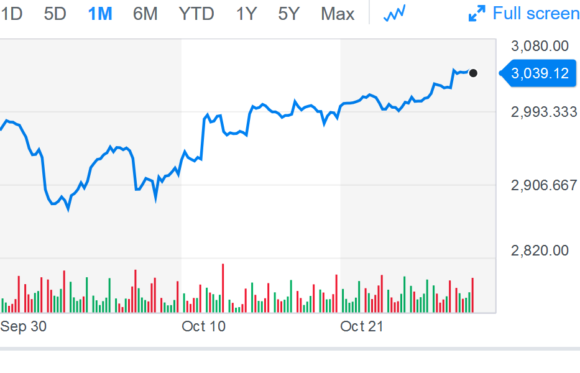 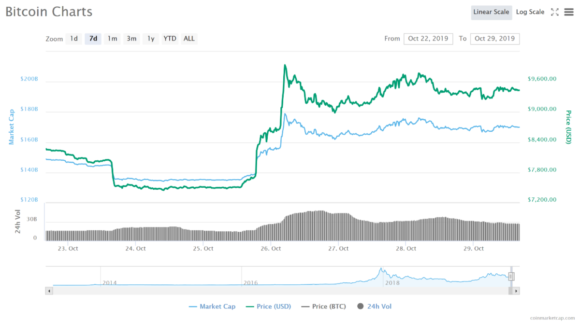 Studying the two graphs above, differences on the path taken as these assets rose in value can easily be seen.

Bitcoin experiences a sudden surge in price around Oct 26, while the SPX exhibited a steady rise throughout Oct.

Comparing the two graphs already hints at the simultaneous rise of the two assets being a coincidence.

However, other charts may shed some more light on the performance of the two assets. 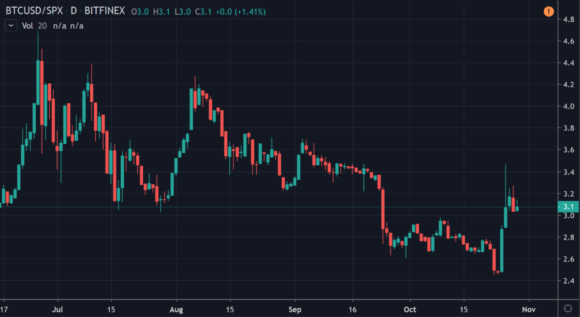 The chart above compares the performance of Bitcoin to that of the SP 500.

From the chart, the two seem to not correlate except for the positive rise experienced in Oct.

In terms of growth, the last time a 3.1 value was recorded was when both these assets were on a downward trend. Now, it seems that they are on a path to recovery with SPX even getting an all-time high.

Behind the scenes, both assets could be influencing the value of each other.

The great performance of the SPX may be enticing traders to invest in other assets such as Bitcoin; thus the subsequent rise in the value of the cryptocurrency. If this is the case, then, hopefully, Bitcoin will also get a new all-time high soon.